Traditional knowledge as an ally in monitoring the Amazon fauna

Published article demonstrates that the local knowledge of Amazonian residents can be more efficient than classical scientific methods to measure the abundance of wild animals.

The Amazon rainforest is home to one of the greatest biodiversity in the world. However, human activities such as deforestation, mining and global warming threaten wildlife in the region, and only accurate and up-to-date estimates of the abundance of animal populations are able to measure the impact of these activities on fauna. The faster the speed at which high-quality information on population trends is obtained, the more effective management and conservation actions can be.

Fauna monitoring is carried out by all the scientists through observation of the forest, which are demarcated areas where researchers walk and record sighted animals. This time-honored method is typically performed over a few consecutive weeks, and on a straight-line route.

When experiencing the day-to-day with the residents of the Amazon, researcher Franciany Braga-Pereira led a study in partnership with members of the board and coordination of the Juruá Institute (Carlos Peres and Eduardo Von Muhlen) and other researchers from Brazil, Peru, USA, England, and Spain, showing that local knowledge can be a great ally in fauna monitoring. In this groundbreaking study, researchers traversed over 7,000 kilometers in linear transects and conducted 291 interviews with local residents to compare the abundance of animals recorded in both methods. The study was carried out in 17 different areas of the Amazon, including the Mid-Juruá.

Results published in the journal Methods in Ecology and Evolution showed a high similarity in estimated abundance between the two methods. In addition, the researchers point out some advantages of the interview method in relation to some species that are rarely observed in transects, such as nocturnal, less abundant or hunted species. In their daily activities, such as agriculture, fishing and subsistence hunting, residents walk both during the day and at night, and for long distances, which extends the detection area beyond the straight line. The presence of an animal can be recognized through subtle signs in traditional knowledge, such as the presence of urine, footprints and scratches.

Thus, the incorporation of traditional knowledge in wildlife monitoring projects can significantly improve the quality of science, contribute to the sustainability of forests and empower communities to autonomously manage the natural resources of their territories. 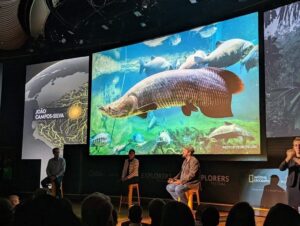 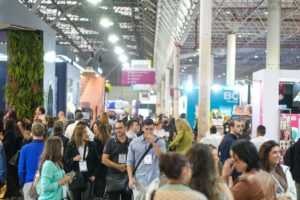